Note: SvelteKit is currently in early development. As such, things may be different than the post below. This post was lasted updated on 18 May 21.

SvelteKit is a framework built on top of Svelte, my current favorite front-end framework. Svelte is based around svelte files which closely resemble standard HTML/JavaScript files, making it feel rather natural. SvelteKit is designed to enhance the Svelte development experience by providing bootstrapping, a build/dev toolkit, a routing engine, and server-side rendered pages.

Azure Static Web Apps is a new hosting solution for Azure, designed for so-called “static web apps”. While the name includes the word “static”, you can still host server-side code through Azure Functions, which are part of the Azure Static Web Apps offering. Deployment is handled through GitHub, which is great since chances are you’re using GitHub for your source code anyway.

Let’s walk through the process of setting up an application built with SvelteKit for deployment to Azure Static Web Apps. I am going to assume core knowledge of npm and GitHub, and the use of Visual Studio Code (because of course 😊).

Let’s start by creating a SvelteKit project. Obviously if you already have one (and it’s deployed to GitHub), you can skip to the next section.

As highlighted earlier, SvelteKit will bootstrap your applications. Start by creating an application with SvelteKit and pushing the code to GitHub.

You will be prompted with a wizard to configure your application. For our purposes, we’ll select No for TypeScript, No for ESLint, and No for Prettier.

As with any modern web application, a build process is necessary to prep all the files for production and browser consumption. If you’re going to deploy your application to Azure Static Web Apps, you’ll need to configure how the application is built. SvelteKit allows you to control the process through the use of adapters.

This will place all generated pages and static files (CSS, images, etc), into a folder named build, and not have a fallback file for single-page applications.

If you started from scratch, your svelte.config.js will contain the following:

You have a project which is ready to go! Let’s deploy the project using the Azure Static Web Apps extension in Visual Studio Code. 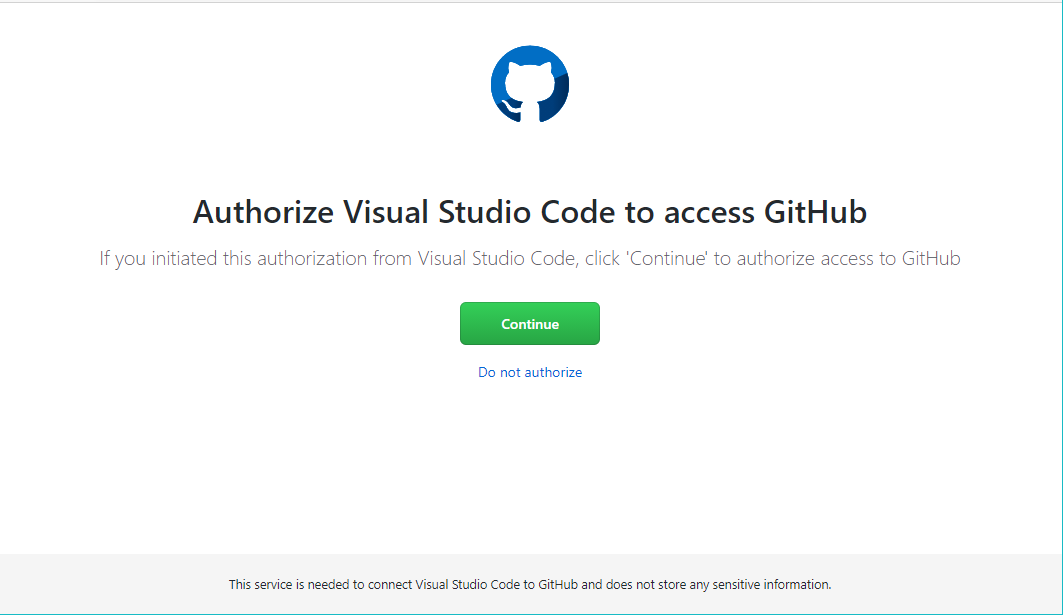 The deployment will now start!

The Actions section will indicate the deployment status. You can right-click on Production and select Refresh to update the status.

Once the deployment shows as completed (should only take a couple of minutes), you can then select Browse Site. 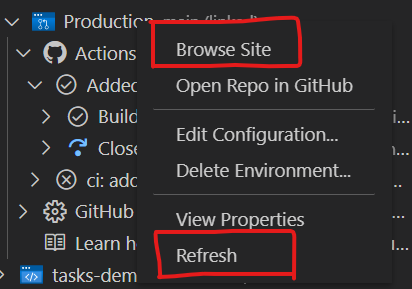 Congratulations! You have deployed a SvelteKit application to Azure Static Web Apps!

Azure Static Web Apps provides hosting and a fair number of other services. You can add a Mongo database through Cosmos DB, and quickly enable authentication. And you can continue to explore Svelte.